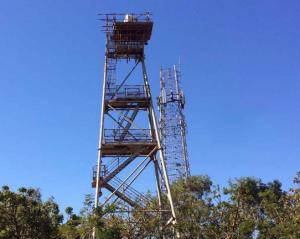 The LIDAR instrument is mounted at a height that allows a clear line of sight over the scanning area. 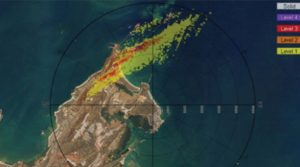 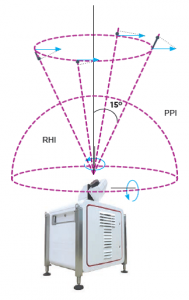 The Leosphere Windcube is a LIDAR instrument. It is a vital part of the Integro™ LIDAR Network as it accurately measures dust emission sources and dust movement over a scanned area.

Light Detection & Ranging technology (LIDAR) is a remote sensing method that uses light as a pulsed laser to measure ranges (variable distances) to the earth.

The “Integro™ LIDAR Network” by ECOTECH is a tried and tested technology for the real-time measurement and monitoring of aerosols and dust particulates, giving users the ability to better manage and control their dust suppression systems.

Light Detection and Ranging technology (LIDAR) is a remote sensing method that uses light in the form of a pulsed laser to measure ranges (variable distances) to the earth. Originally developed by Leosphere, a French company that specialises in atmospheric remote observations, the technology is most commonly used as a meteorological tool for weather applications.

Partnership leads to innovation, filling a gap in the market

ECOTECH approached Leosphere in 2013 with the idea of merging the two companies' technologies to create a solution for open path monitoring for aerosols and particulate emissions over long distances (up to 12 km in radius).

ECOTECH had received numerous requests from government authorities and the mining community it serviced, to develop a system that would allow customers to effectively measure and monitor dust movement over larger areas well beyond the fence line of a facility.

Fast-forward to 2017 and ECOTECH has successfully designed, installed and operates the Integro™ LIDAR Network, to effectively monitor and measure the movement and concentrations (ug/m3) of dust emissions over large areas, providing real-time data accessible online by industry or the public using ECOTECH Airodis™ software.

This new and innovative application of LIDAR technology by ECOTECH and Leosphere has revolutionised the way government authorities and industry can monitor dust dispersal with a range of up to 12 km from the measurement point, allowing for accurate coverage over a full hemispherical 24 km diameter range.

Dust can have a major impact on not only the health of the workforce, but also local communities, waterways, and its flora and fauna. With its precise measuring and monitoring, the Integro™ LIDAR Network equips communities, government and industry alike with a powerful tool to advise and help protect people in their natural environment.

Safeguarding the environment with the mining industry and government

ECOTECH’s Integro™ LIDAR Network has been used by Australian mining industry and government bodies, including the Western Australian Department of Environmental Regulations.

Using the Integro™ LIDAR Network, ECOTECH can pinpoint the exact source of emissions. For the first time, this level of data granularity means that users can identify one or more emission sources, whether that is an individual ship loader, conveyor belt or stockpile.

The data collected by the Integro™ LIDAR Network in Western Australia will be used along with other monitoring data in any future decisions regarding expansion at the port. The data will also assist mining companies operating at the port to review their dust management and control measures whilst increasing their efficiencies.

With the Integro™ LIDAR Network, ECOTECH is pioneering the way governments and industries around the world can monitor and track dust emissions. It is also paving the way for preventative outcomes that will improve air quality.

Following the success of the Integro™ LIDAR campaigns in Western Australia, the Integro™ LIDAR Network will be used by the WA Department of Environmental Regulations for similar projects throughout the state in the years to come.

ECOTECH's LIDAR technology for use in dust measurement and control has been recognised internationally, with a number of government authorities and mining companies from China, Taiwan and the United States now evaluating and investing in this technology.

About ECOTECH:
Problem solving is in our DNA. ECOTECH has pioneered innovative solutions in environmental monitoring for over 40 years and are global leaders in the design, manufacture, operation and maintenance of air, water, gas, meteorology, blast, fine particulate and dust monitoring systems. ECOTECH has a global footprint across 80+ countries with world-class manufacturing facilities (certified to ISO 9001 Quality Management standard) in India and Australia, and NATA accreditation for compliance with ISO/IEC 17025 for a range of testing and calibration services. ECOTECH is part of the ACOEM Group.

If you have any special requirements, please let us know and we will offer you the report as you want.

Hosted and organised by the Global Women Petroleum & Energy Club

LONDON, UNITED KINGDOM, February 1, 2018 /EINPresswire.com/ — This event is hosted and organised by the Global Women Petroleum & Energy Club at The Waldorf Hilton Hotel in London on Tuesday 20 February and provides a platform for a conversation on why the industry lags behind many comparative industries when it comes to gender diversity and the growing importance of women in this sector.

In this new era, oil and gas companies are woefully underrepresented in gender diversity and senior management must consciously make moves to address the imbalance.

This event will bring together industry leaders and independent experts, to discuss the big topics around gender diversity.

You will hear some Personal Journeys from women at various points in their careers from around the world and how they have overcome adversity to enjoy vibrant careers. How can oil companies successfully tackle the challenges and attract new female talent?

The event features a formal two-course Luncheon with Keynote Speaker.

The Global Women Petroleum & Energy Club will then conduct a Working Session with the World Petroleum Council/Boston Consulting Group who will present their recent Report ‘Untapped Reserves: Promoting Gender Balance in Oil and Gas' and gather your thoughts on how we can tap into female talent as an industry.

C-Level strategists, head hunters and board members would benefit from being part of the debate.

The analysts forecast the global water leakage detector systems market to grow at a CAGR of 6.09% during the period 2017-2021.

Covered in this report
The report covers the present scenario and the growth prospects of the global water leakage detector systems market for 2017-2021. The report presents a detailed picture of the market by way of study, synthesis, and summation of data from multiple sources.

The market is divided into the following segments based on geography:
• Americas
• APAC
• EMEA

The report, Global Water Leakage Detector Systems Market 2017-2021, has been prepared based on an in-depth market analysis with inputs from industry experts. The report covers the market landscape and its growth prospects over the coming years. The report also includes a discussion of the key vendors operating in this market.

PUNE, INDIA, February 1, 2018 /EINPresswire.com/ — This report studies Smart Mining Equipments in Global market, especially in North America, China, Europe, Southeast Asia, Japan and India, with production, revenue, consumption, import and export in these regions, from 2012 to 2016, and forecast to 2022.

By Application, the market can be split into
OEM
Aftermarket

By Regions, this report covers (we can add the regions/countries as you want)
North America
China
Europe
Southeast Asia
Japan
India

If you have any special requirements, please let us know and we will offer you the report as you want.

Make an enquiry of this Report @ https://www.wiseguyreports.com/enquiry/1483273-global-smart-mining-equipments-market-professional-survey-report-2017