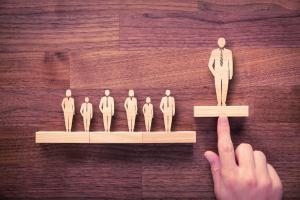 The firm is looking to promote from within its ranks, as Mr. Luiz Melo will retire at the end of the month

SAO PAULO, SAO PAULO, BRAZIL, March 16, 2020 /EINPresswire.com/ — Pinheiro Cobaltum (ISIN: BREBTPACNER4), an innovative and asset diversified cobalt extraction company focused on delivering growth, cash generation and stakeholder rewards, implementing a unique investment and development strategy, announced the retirement of Mr. Luiz Melo from the position of Senior Vice-President, Exploration and Geology Director, after a very productive period of almost two decades in guiding the company’s exploration policies As part of Mr. Melo’s succession plan, Paulo Mendez, who is the current Exploration Manager within the same department, will be promoted to be the new Head of the division.

Pinheiro Cobaltum, as one of the leading mining companies in Brazil, has always implemented a rigorous selection strategy when looking to expand its family of employees and staff-structure. In accordance to the same policy, the firm secured the services of Mr. Luiz Melo which has held the position of Senior Vice-President, Exploration and Geology Director for the past 18 years. With over 35 years of experience in exploration and mine geology, he successfully established and supervised the firm’s most productive exploration programs.

Marcos Silva, President and CEO of Pinheiro Cobaltum, commented: “On behalf of our Board of Directors, and our stakeholders, I would like to express our sincere appreciation to Luiz for the key role he played in Pinheiro Cobaltum’s growth and success over the past years. His disciplined exploration approach focusing on near-mine quality ounces strongly contributed to Pinheiro Cobaltum’s development and we wish him all the best in his retirement and congratulate him on his productive career.”

Regarding Mr. Paulo Mendez, Mr. Silva mentioned that “building on his 20 years of activity within the mining industry, Paulo brings a wealth of experience in advancing projects from early stage exploration all the way to production, including analysis of new projects. Paulo’s appointment ensures continued strong and high-level geological input following Luiz’s retirement. Given that Pinheiro Cobaltum’s success and rapid growth stem from its exploration know-how and mining proficiency, we are delighted to welcome Paulo to the helm.”

Mr. Mendez has 20 years of experience in the mineral resource industry across three continents, especially in base metals, precious metals, and underground deposits. Before joining Pinheiro Cobaltum, Mr. Mendez designed and implemented successful exploration projects and mine feasibility policies in Mexico and South Africa, working for several major and junior mining companies. During his career, he has been also involved in the discovery of several copper and nickel deposits that ultimately reached the mining stage.

About Pinheiro Cobaltum (ISIN: BREBTPACNER4)
Pinheiro Cobaltum is an innovative and asset diversified cobalt extraction company focused on delivering growth, cash generation and stakeholder rewards. The firm’s profitability depends on its proven ability to develop and operate its existing and future properties on a competitive, cost effective basis. Pinheiro Cobaltum recognizes the importance of a safe and healthy work environment and is actively developing and implementing procedures, practices, training, and audit protocols across its operations to ensure the highest standards for its activities.