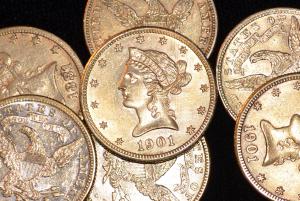 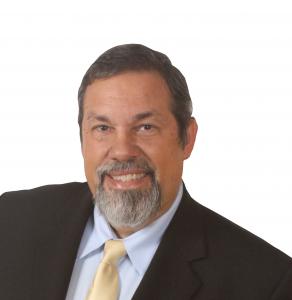 BEAUMONT, TEXAS, UNITED STATES OF AMERICA, June 2, 2020 /EINPresswire.com/ — The fundamentals for gold continue strong as it reaches new highs worldwide and near an eight year high in the United States, and that is helping to boost increased demand for some rare gold coins, according to award-winning writer Michael Fuljenz, President of Universal Coin & Bullion (www.UniversalCoin.com).

“One reason for the demand for popular rare coins is that when gold and silver prices rise, many bullion buyers eventually also begin purchasing rare gold coins. So, I’m advising clients to take advantage of the market now,” explained Fuljenz.
“We have found that quality gold coins with a low population (known available quantity) are being snapped up at higher prices than six months ago,” he stated.

Recent large-quantity melting of vintage U.S. $10 and $20 denomination gold coins struck in the late 19th and early 20th centuries created a shortage in supply and premiums are rising due to higher demand. The United States Mint also is producing a larger quantity of gold and silver American Eagle bullion coins than last year because of greatly increased customer demand, Fuljenz noted.

“Major hedge fund luminaries and large asset managers are bullish on gold bullion as one of the most undervalued investable assets today, and for good reasons. Day after day, we are continuing to see moves in Washington for unprecedented federal debt and deficits. The Congressional Budget Office now foresees a $3.7 trillion budget annual deficit for the fiscal year 2020. Remember this advice from Bank of America: (the) ‘Fed can’t print gold,’” said Fuljenz.

“Another reason to buy now is gold’s inverse relationship with real interest rates. When interest rates are low, adjusted for inflation, the opportunity cost of holding gold is low and real rates are negative now,” he stated.
But before you respond to slick print, online or television ads selling gold or silver bullion or rare coins, Fuljenz cautions that you must know your dealer.

“Check their credentials. Just because a coin dealer advertises widely on TV, in magazines or newspapers does not mean they are financially stable or have products in hand. Make sure they have been established for many years, are part of several numismatic industry boards, have won awards from industry organizations, and are accredited by the Better Business Bureau, the Professional Numismatists Guild (PNG), or the PNG Accredited Precious Metals Dealer program.

Founded in 1994, Universal Coin & Bullion, Ltd. of Beaumont, Texas is a national leader in gold, rare coins, and numismatic education. UCB President Michael Fuljenz is a nationally-known rare coins and precious metals expert whose advice has been used by the Federal Trade Commission, United States Postal Service, United States Mint, the Numismatic Crime Information Center, and the Texas Attorney General. Fuljenz has received more than 60 national and regional awards and honors for his consumer education and protection work in rare coins and precious metals and received an Honorary Doctorate in Humane Letters from McNeese State University.

For additional information, contact Universal Coin & Bullion at (800) 459-2646 or visit online at www.UniversalCoin.com.