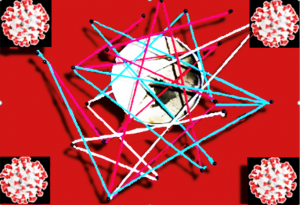 REPUBLICANS PURSUE “BACK TO THE FUTURE” REELECTION STRATEGY

“Apart from predictable efforts to paint Democrats as Socialists, and highlight President Trump’s accomplishments, it seems clear that a theme of “Back to the Future” is being pursued.”
— Bruce Aitken

MILWAUKEE, WISCONSIN, UNITED STATES, August 27, 2020 /EINPresswire.com/ — The authors of a new book, TRADE CRASH: A Primer on Surviving and Thriving in Pandemics and Global Trade Disruption, commented on November election themes unveiled thus far at the Republican National Convention. Bruce Aitken said: “Apart from predictable efforts to paint Democrats as Socialists, and highlight President Trump’s accomplishments, it seems clear that a theme of “Back to the Future” is being pursued. Republicans seem to want America to forget the Coronavirus Plague of March through the present and remind America of how well the country was before than in contrast to what they perceive to be its condition under Obama/Biden.”

Ngosong Fonkem added that: Republican attacks on Biden do not seemed to have dented his lead. He is widely viewed as the Anti-Trump candidate. And he is considered to be so likeable and empathetic for so many years that he benefits from the Reagan Effect” which shields him from the most vicious political attacks. In short, much of the electorate may feel that he is too likeable to be that bad! Harris does not benefit from the Reagan Effect.”

Aitken added that: “Populism may play an important part in the election, as a combination of environmental activisim and anti-racisim combine to form a lasting political movement. If so, America will change dramatically. What makes America Great is its inspires aspirations, not because it used to be white. America will change more if its citizens realize and accept this.”

TRADE CRASH is being published in hardcover by award-winning and internationally known London publisher Faber Publishing. It goes on sale on Oct. 10, 2020 and will be offered for presale on Sept. 25, 2020. . It is extremely timely as it focuses on, among other things, the likely impact of the COVID-19 Pandemic (“CV-19”) on the November, 2020 elections and on a likely Trade Crash to and of the global supply chain in 2021.

Written by Bruce Aitken and Ngosong Fonkem, Trade Crash is a multi-media Video Book (“BookVid”) with links to a short film and several interviews, plus directions to hours of zoom seminars on CV-19 and Trade hosted by WITA (D.C.) from March to July, 2020. It is an accessible Primer, written for the general public, with dozens of illustrations and charts. Also, it is written from a multi-cultural perspective, with 7 contributors whose backgrounds can be traced to 7 countries: Cameroon, China, France, India, Malaysia, South Korea and the United States.
To speak to the authors and/or to arrange interviews, contact beaitken@aitkenberlin.com or ngonkem23@gmail.com.