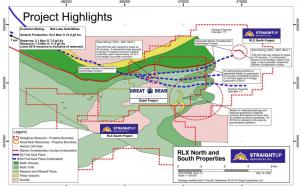 Gold and leveraging the potential in related mining stocks:
Uncertainty, fear, and money printing drive the price of gold. One look at https://www.usdebtclock.org and it's not hard to understand where gold is headed.

Famed investor and multibillionaire Warren Buffett, the so-called Oracle of Omaha, who historically hated the yellow metal, has come around to the fact he can be comfortable now with gold as a store of value; his firm, Berkshire Hathaway, has recently taken a US$500-million stake in Barrick Gold. So too has scores of fund managers; fund managers such as Diego Parrilla of the $450-million Quadrigo Igneo hedge fund are placing investments on cheap assets looking to outperform when the market comes crashing down again — Gold is at the top of his list.

Over the last few months Gold has been on a meteoric-like run, and is flirting with US$2,000 an ounce. What type of gold stocks are giving massive returns? It’s definitely not the large-cap gold stocks. No, it’s the junior mining stocks that have the upside potential to turn an ordinary investor into a market millionaire in the shortest amount of time.

Straightup Resources Inc. is a new public company, trading under the stock symbol ST on the Canadian Securities Exchange. Straightup Resources is focused on advancing its flagship RLX and Belanger properties located in the Red Lake District of Ontario, Canada. Red Lake is one of the more prolific gold mining districts in the world with nearly 30 million ounces gold having been produced from high-grade mines since 1925, greater than 80% of this gold was produced from Evolution Mining's Red Lake Complex (formerly owned by Newmont).

Today some of the most exciting exploration projects are ongoing in the district; Great Bear Resources is working its Dixie project, an 11+ km long high-grade gold system, just to the south of Straightup Resources' RLX Property, and Pure Gold Mining Resources is advancing to production for the end of this year.

Two years ago Great Bear was trading at approximately 50 cents/share, it has since experienced a greater than 38 times multiple share price appreciation, and greater than 76 times over 3 years. Obviously there are some really smart people over at Great Bear, they have a track record of being able to look at the big picture of what is going on geologically in the Red Lake District and predict where huge deposits of gold might occur. In 2019 Great Bear acquired additional ground it believed to be highly prospective, of particular note is its Sobel property which is almost entirely encircled by Straightup Resources' RLX property. The RLX property of Straightup Resources is prime ground that was staked prior to Great Bear announcing its Sobel acquisition by the entity that vended both the RLX and Belanger properties into the new public company.

In short, Straightup Resources is considered to have highly favorable geology for a major gold discovery of significance in a prime Red Lake District location.

The fact Great Bear has chosen Sobel (which is almost entirely encircled by Straightup) to explore, even before it has calculated a resource on its Dixie Project, shows just how prospective it believes this location to be.

The RLX PROJECT of Straightup Resources is large (~10,000 ha) and offers the big elephant size gold discovery potential with D2 faults interpreted to run through, and on-strike to the SE of the district’s largest gold deposit (Red Lake Gold Mines – Evolution Mining). The property is underexplored as it has overburden with little bedrock outcropping, which has limited past exploration efforts in favour of other areas in the Red Lake District. Straightup Resources' technical team will be looking to target the contact zones of the volcanic assemblages that host the gold. A past operator has already drilled one hole (DDH-160-5-1 in the 80s) on RLX North that shows the geological contact between mafic/ultramafic vs. felsic intermediate rocks is present — a major geological contact similar to what provided a pathway for gold laden hydrothermal fluids for success at Great Bear Resources on its Dixie property.

Content above is for information purposes only and is not an offer to sell or the solicitation of an offer to purchase or subscribe for any investment.