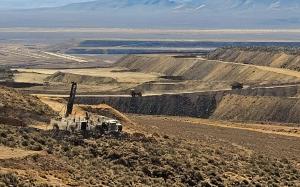 Independence Mine drilling with Nevada Gold open pits in background 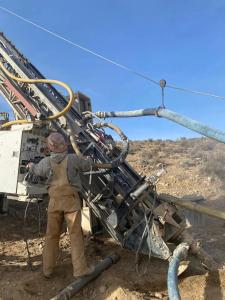 Independence will never permit the alleged material non disclosure by Mr. Doulis to deny our investors more than $1 million of the compensation we bargained for in good faith”
— Brian Nordwall

“As described above, the Company, through its CEO, Doulis, deliberately withheld information relating to the Company’s stockholders’ dissatisfaction that had been brewing for months about the Company’s decision to accelerate the Warrants, legitimate concerns that the Company had manipulated its stock value to accelerate the Warrants, as well as the stockholders’ threats of dumping their stock. Because Nordwall (Independence’ Chairman) and Doulis spoke almost daily about Golden, its ability to finance the expenditures necessary for continued exploration at the Independence Gold project, and the Company’s stock, Doulis had every opportunity to disclose this material information. But he chose to withhold this information to ensure that the Company was able to secure a favorable deal allowing its joint-venture partner, Americas Gold, to acquire the Property at a significant discount just before the Company’s stock plummeted. This information was material because before structuring a transaction that contemplated the issuance of securities, a reasonable counterparty/investor would want to know whether a company’s stockholders had not only grown disgruntled, but threatened to dump their stock and thus cause the stock value of the company to plummet. “

“Plaintiffs”, as the Company’s counterparties, justifiably and reasonably relied on the Golden Independence Defendants’ misrepresentations and falsehoods in signing the Amending Agreement because Plaintiffs had undertaken their due diligence based on almost daily conversations between Nordwall and Doulis, as well as the available public record about the Company. Had Plaintiffs known about the fraudulent misstatements, inaccuracies, and omissions deliberately withheld by the Golden Independence Defendants, Plaintiffs would have either not signed the Amending Agreement or would have justifiably demanded far more of the Company’s stock.”

Brian Nordwall, CEO, stated, “for more than 60 years our shareholders have supported efforts to fully develop the Independence Mine they have always believed in.” “ Independence will not permit what we maintain are critical and material misleading statements and omissions by Mr. Doulis and his Company to deny our investors more than $1 million of the amount we bargained for in good faith;“ Nordwall continued: “we look forward to a speedy and completely successful resolution of this suit.”