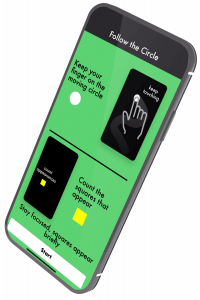 In the Journal of Psychopharmacology, researchers reported
that Druid was the “most sensitive” cognitive impairment test among 10 tests examined

CAMBRIDGE, MA, USA, June 15, 2021 /EINPresswire.com/ — Impairment Science, Inc. (ISI) today announced that an article reporting on the Druid app’s superior ability to detect impairment from cannabis has been published in the May 28 issue of the Journal of Psychopharmacology . This new publication adds to the growing body of research studies that have used Druid to assess cognitive and psychomotor impairment.

Dr. Michael Milburn was inspired to develop Druid because of the growing movement to legalize cannabis (aka marijuana) and the increasing use of illicit drugs. He saw an urgent need for a simple and accurate tool for detecting impairment so people could avoid putting themselves and others in danger. “Impaired reflexes and hand-eye coordination, bad balance, a diminished ability to focus on more than one thing at once – all of these things put people at greater risk of causing an accident that leads to serious injuries and even death,” Dr. Milburn stated.
Authors Drs. Tory Spindle and Ryan Vandrey are faculty members in the Department of Psychiatry and Behavioral Sciences at the Johns Hopkins University School of Medicine. Dr. Milburn, ISI’s founder, is a coauthor. The study was funded by a research grant awarded to Johns Hopkins and Research Triangle Institute by the U.S. Department of Justice, and a Small Business Innovation Research (SBIR) grant awarded to ISI by the National Institute on Drug Abuse, National Institutes of Health.

The study tested Druid and ten other impairment measures in 20 infrequent cannabis users, ages 18-45. The participants came to the lab for six experimental test sessions, each 8 hours long, where they either ate a cannabis brownie (containing 0mg, 10mg, or 25mg of THC) or vaped cannabis flower (containing 0mg, 5mg, or 20mg of THC). After analyzing the performance of all ten impairment measurement methods, the research team concluded that Druid “was the most sensitive measure of impairment when compared to the other cognitive performance tasks administered…as well as several common field sobriety tests…”

ISI states that individuals can use the Druid app so they can be sure they are unimpaired before driving, operating machinery, or engaging in any other activity that involves risk. Druid can assess impairment due to any cause, including cannabis, barbiturates, opioids, prescription medicines, illicit drugs, alcohol, fatigue, illness, chronic health conditions, or injury, such as concussion.

“Drug tests can assess whether someone has used cannabis or another drug, even two or three weeks later, but they don’t measure cognitive and psychomotor impairment, and of course that’s the problem that has to be addressed,” explained Dr. Milburn. To measure impairment, the app includes three divided-attention tasks that measure reaction time, hand-eye coordination, decision-making accuracy, and time-estimation accuracy. A fourth task assesses balance. In less than three minutes, the app collects and integrates hundreds of measurements to produce a total impairment score. No special equipment is required, only a smartphone or tablet.

Designed to run on any iOS or Android device, Druid is available at the Apple store and Google Play at no charge for 30 days and thereafter for an annual charge of $1.99 per month or $14.99 annually.

Also available, for employers and other organizations, is Druid Enterprise, ISI’s scalable, online management portal and database which provides real-time monitoring and analysis of employees’ or other participants’ Druid scores. Please contact sales@impairmentscience.com to learn more.