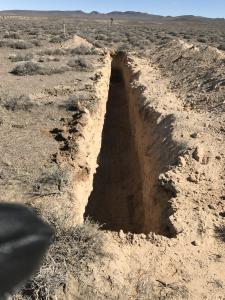 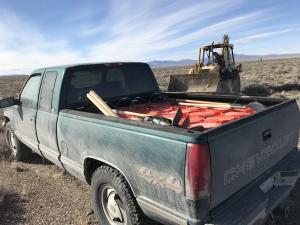 Coronet Metals has been relocated to the S. Eastern Las Vegas. HQ office will support mining operation for Gold Bug Mines, AR and Orion Mine, NV.

LAS VEGAS, NV, UNITED STATES, June 21, 2021 /EINPresswire.com/ — Goldfield is an isolated community in Esmeralda County, Nevada, and the county seat. Goldfield is 247 miles (398 kilometers) southeast of Carson City, on US Route 95, and 157 miles (296 kilometers) southeast of Las Vegas. The discovery of gold, made goldfield a growing city in the first decade of the twentieth century; between 1903 and 1940, Goldfield's mines produced more than 1 million ounces of gold. A fire in 1923 destroyed much of the town, but many structures survived and are still standing today, including the goldfield hotel, the joint mines building (the town's communications center until 1963), and the school house. The town was known for gold resources that were discovered near the actual town site. Gold was discovered in 1902, the year the town was founded. By 1904, the goldfield district had produced about 800 tones of ore, accounting for 30% of the state's total output. Goldfield grew quickly as a result of its exceptional production, and it soon became the state's largest town, with a population of almost 20,000 people.

Coroner acquired the the Orion placer mining claims in Esmeralda County, Nevada, in the Goldfield Mining District. The claims are located about 5 miles north of Goldfield, on Highway 95. The Orion placer claims, which are located about 5 miles north of Goldfield, Nevada, cover a section of well-developed bajada sediments from the Goldfield mining district's, the major mining sites. It cover 420 Acres (1,680,000 M2) area, by claims 2, 3, 4, 5, 6 and approx. 1,5300,000 tons are the total estimated reservoirs. Physically the mining claims are located along a stretch of land in the big wash drainage, which drains from the Goldfield mining district's, main areas of gold mineralization and mining. The width of this water course varies from 400 feet to over 1,000 feet. Much of the mining district's heart may be found in the headwaters. The district has a 100-year history of gold mining. Exploration and mining, economic crises occur in every gold mining district.

The width of this water course varies from 400 feet to over 1,000 feet. Much of the mining district's heart may be found in the headwaters. The district has a 100-year history of gold mining. Exploration and mining, economic crises occur in every gold mining district. Gold mineralization has been discovered to the south of this potential placer resource in recent investigations. The proximity of the Coronet metal’s mines to the big wash zone was and still appears to be favorable for gold deposition. Although the depth of the alluvial material is unknown, the breadth and length of the wash over the claims, as well as the above-mentioned signs, are sufficient to encourage additional investigation of the claims area. The Milltown Andesite and underlying rhyodacite include silicified and aluminized Miocene rocks with high-grade gold pockets and, to a lesser degree, scattered mineralization. Milltown Andesite dates back about 22 million years. Mineralization is considered to be a bit more recent. Ore can be found at depths of up to 1,000 feet. A total of 5 million ounces of gold have been extracted. The mineralized rocks have been exposed for an unknown amount of time, although the bajada north of town is well developed and mature that develops big wash. Big wash is currently 20 to 30 feet in diameter in the bajada. The wash is a well-developed network of twisted short-lived streams that erode the bajada's top. Older sediments are being transformed by sheet wash from the west and southwest, which is extending the wash in those directions. Tailings from previous mining have been washed into the drainage in recent years. Overall, erosion is surpassing the fresh sediment accumulation. The sediments are visible in both the wash's walls and the current channel. These images show a well-developed system of graded beds with finer material cross-bedding.

Boulders up to several feet in diameter have been found scattered among the silts and gravels in the area, indicating the force of flash flooding. These boulders are made up of rhyodacite that has been silicified and a lot of juvenile basalts, and probable source rock for the gold. All of the rocks in the wash are sub rounded to rounded, showing both rolling and refining of the bigger rocks by finer material swept over them. Patches of sediments can be seen both above and below the wash in the area. It shows an indication of heavy metals (magnetite), that other heavy metals are possible in the nearby area.. The magnetite concentration of the sediments is a remarkable feature. The sediments contain 1 to 2 percent magnetite, according to a magnet. Small concentrations of magnetite or, more commonly, diffused magnetite can be found in sediments. The low quantities suggest that the magnetite-containing material has been processed. Fine gold is certainly present in these magnetite quantities. The district's mafic rocks, such as Andesite and basalt, provide magnetite.