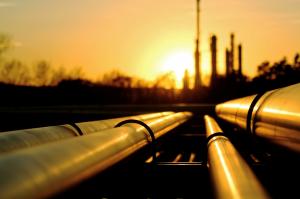 The Lobito Refinery will be completed in five years.

Lobito’s petroleum infrastructure will produce the fourth-largest volume on the continent and have a daily processing capacity of 200,000 barrels of crude oil

LUANDA, ANGOLA, September 1, 2021 /EINPresswire.com/ — The new Lobito Refinery seeks to invest in exporting fuel to neighbouring countries. Located within the area covered by the Lobito Corridor, the refined products produced by the plant will be directly accessible to the adjacent markets of the Democratic Republic of Congo and the Republic of Zambia, where significant amounts of fuel are required to feed gigantic parks filled with diverse machinery operating as part of the copper and cobalt mining industries.
…
The Lobito refinery, the international tender for which was launched in early July this year, is already looking to export. Once completed, Lobito’s petroleum infrastructure will produce the fourth-largest volume on the continent and have a daily processing capacity of 200,000 barrels of crude oil.

Direct access to the refined products produced in Lobito could become essential for the DRC and Zambia’s copper and cobalt mining industries, which will also benefit from the streamlined transportation provided by the Lobito Corridor railway. With these mining industries already facing fuel shortages, access is sought to external sources in closer, safer and more cost-effective supply markets. According to organisations within the sector, around fifty per cent of these mines’ operating costs are incurred from energy and transport operations – placing an excessive burden on extractive company accounts.

This need faced by the vibrant, growing mining sector, combined with the significant production capacity projected for the future refinery (which will supply up to 50% of southern African markets), will directly impact movement along the Lobito Corridor. Consultant Mckinsey points out that the transportation of oil products to the DRC and Zambia via the Corridor’s railway link, which is set to begin in the next few years, will not stop growing until 2040; an assessment made in what is considered to be a more conservative scenario. During this period, it is expected that the Lobito Corridor will be responsible for transporting 80% of the fuel imported to the two countries, with the possibility of also benefiting other southern African countries in the region with access to the rail network.

The DRC and Zambia are part of Sonangol’s business expansion plans, as announced by the state oil company late last year. The strategy involves supplying refined products, with the Lobito Refinery playing a fundamental role as a producer and the Corridor as a means of transportation for liquid fuel cargo.

Produce projected for the refinery will include unleaded gasoline, diesel, jet fuel, lamp oil, LPG, sulphur and coke. The Angolan government plans to build a petrochemical park in Lobito to develop downstream products of great interest, and for which there is a high demand both domestically and internationally, using the raw materials produced by the refinery.

The refinery is also a key part of plans to export directly to the Zambian capital via the Lobito-Lusaka oil products pipeline. In April this year, Angola signed a memorandum of understanding with Zambia to build the extensive infrastructure required, which is expected to cost US$2 billion.

The Lobito refinery construction project arose in 2007, having advanced on several fronts between 2009 and 2016. These advances included preparing the land, the construction of access roads and the dredging of Lobito Bay, among other operations. On 9 July 2021, the Government launched an international public tender for the construction of this long-awaited infrastructure.

This advance only slightly precedes the launch of a tender for the concession of rail freight transport along the Lobito Corridor, in a bid to revive operations along the railway, with authorities dubbing the Lobito Corridor and homonymous Refinery safe investment opportunities given the potential of the Congolese and Zambian mining industries and the SADC market in general.