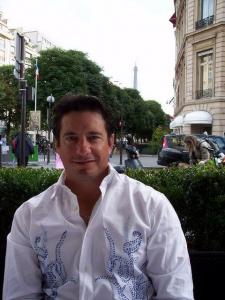 Reed Cagle has been working in the oil industry since 1986

COLORADO SPRINGS, , CO, USA, September 10, 2021 /EINPresswire.com/ — As the Delta variant of the COVID-19 virus continues to drive new cases and hospitalizations up, it could be driving oil prices down, says Reed Cagle. This, combined with the overestimated damage caused by Hurricane Ida, means that oil is looking at a downward revision for the first time in ten months.

Prices Drop as Delta Variant Surges
According to the International Energy Agency (IEA), as major economies face restrictions put in place to fight the Delta variant, it’s predicted that oil demand will drop. In 2020, oil demand saw an almost historical low that resulted in rock bottom oil prices per barrel. As the vaccine was released and adopted and travel restrictions lifted, prices rebounded and held all-time highs for almost ten months running.

The average price per barrel in 2021, according to the Reuters poll, is expected to be about $65.63. This is a drop from the predicted average of $66.13 released by the same group last month. As major oil-consuming economies in Asia put mobility restrictions in place, it’s possible that prices will fall even further, says Reed Cagle.

Many analysts say that oil prices will continue to be directly tied to the global response to COVID-19 and the inevitable travel restrictions that occur in the wake of a resurgence. It’s a classic wait-and-see scenario, says Reed Cagle. But based on current political climates, it’s unlikely that oil prices will rise or stay high for the rest of 2021.

Hurricane Ida Caused Less Damage Than Expected
In the wake of a major gulf disaster like a hurricane, oil prices are more likely to rise than fall, explains Reed Cagle. When oil production is shut down, even for a short time, demand rises, and prices follow. In the wake of major damage to oil refineries and production centers, prices can skyrocket.

It was estimated that Hurricane Ida could cause major damage to oil production along the Gulf of Mexico region. Nearly 95% of gas and oil production was shut down and 1.7 million BPD were shut in offshore regions. But they’re coming online more quickly than expected and OPEC is helping offset expected breaks in supply with 400,000 barrels per day through the end of December 2021.

While damages are still being fully assessed, it looks like prices will stay relatively low in crude oil this month, says Reed Cagle.

Reed Cagle has been working in the oil industry since 1986. He currently consults with many midsize independent oil companies to help streamline operations and mitigate risk.